To apply for the At-Large Director position for Monacan Soil & Water, please go here.
All applications should be received by 4:30 pm on Friday, August 12, 2022. 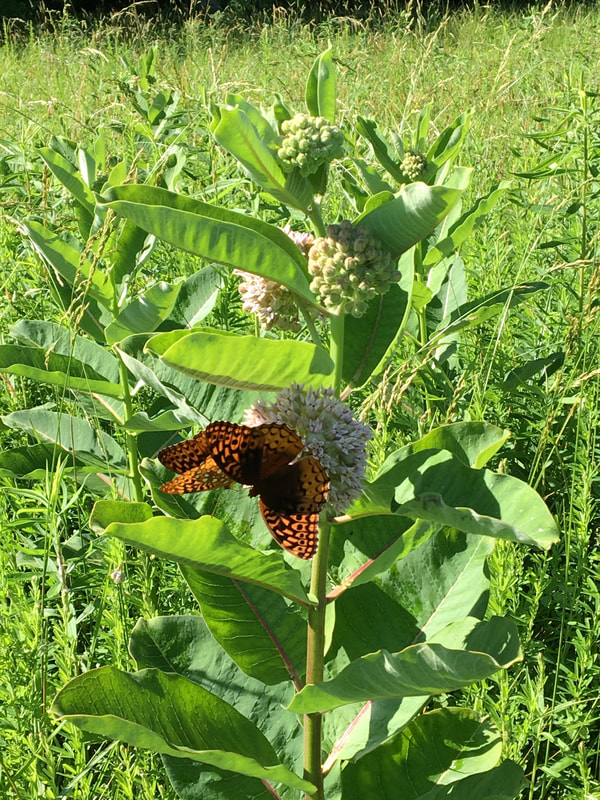 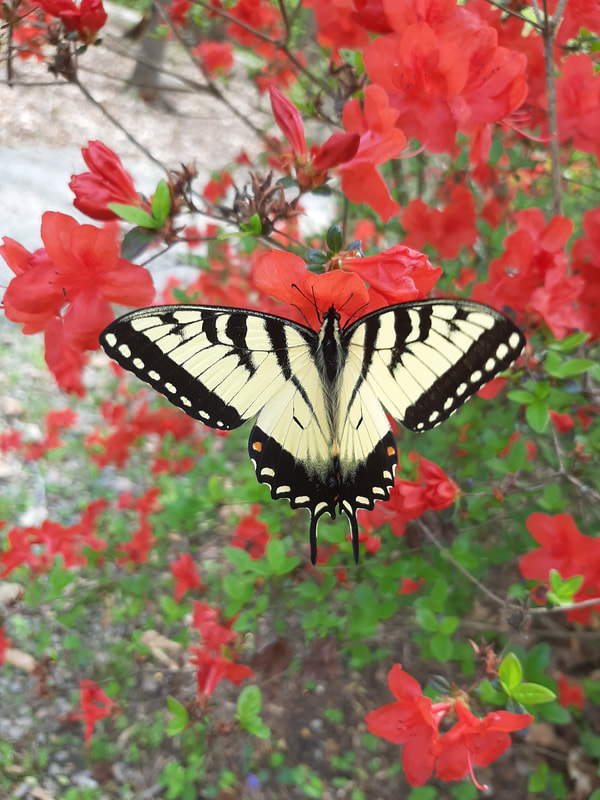 MSWCD pays to  improve my farm and help mother nature. 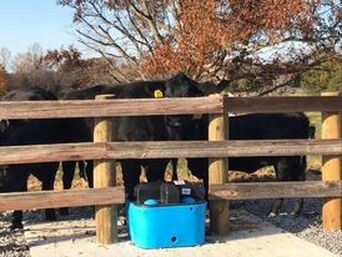 Cattle at one of the new troughs
I knew Monacan Soil & Water Conservation District (M.S.W.C.D.) promoted good farming practices benefiting the land and tributaries to the James River.   I was interested in the cattle exclusion program where the cows and other livestock are kept out of the creeks. This is so the water is not fouled by the cattle trampling the banks into mud, and the dropping of excrement.  Nature is given the chance to put up plants and animal life that help filter runoff and control erosion, which is all part of the greater projects that Virginians have been doing  for years to clean up the James River and save the Bay.
What I did not know is that M.S.W.C.D’s work goes beyond expert advice (which is done at no charge to the customer, by the way) and Monacan can actually help pay to implement the good practices if the same are deemed a benefit to the Conservation District.  With enough acreage assigned to the project and a long term commitment to the stream exclusion, the endeavor can be realized at little to no cost to the farmer or land owner.
To qualify for a cattle exclusion plan, my farm needed to meet various requirements such as operating for at least three years, having 5+ acres of cattle pasture, a water way in need of protection, etc.  Monacan’s Conservation Specialist, Betty McCracken, made the preliminary study consulting various maps and aerial photos, and of course walked the pastures to determine the best fence layouts. The farmer or land owner has various options depending on how wide a buffer he or she can sustain between pasture and water way.  A narrow buffer of 10 to 25 feet leaves more grazing, while a wide buffer of 50 feet leads to a greater contribution from Monacan.  Betty also took in less-technical considerations such as the comfort of the animals (our Virginia cows like some shade to ward off the summer heat).
Once a fence layout was determined, the cattle needed a new watering spot as they’d no longer have access to the creeks.  District Manager Keith Burgess put on his engineer’s cap and determined the best placement of cattle troughs.  Because existing drilled wells on the farm were poor producers, a new water source would be needed for the waterers.  In the end, making use of a the 6-acre pond won out over the prospect of yet another sub-productive drilled well.
The plan, defined as a “Stream Exclusion with Wide Width Buffer and Grazing Land Management” (SL-6W), was reviewed and passed by the Monacan agricultural committee before receiving approval by the board of directors.  With an approved plan in hand, I as landowner/farmer had the option to do it myself or contract it out.  Monacan pays its agreed share of the project on completion. 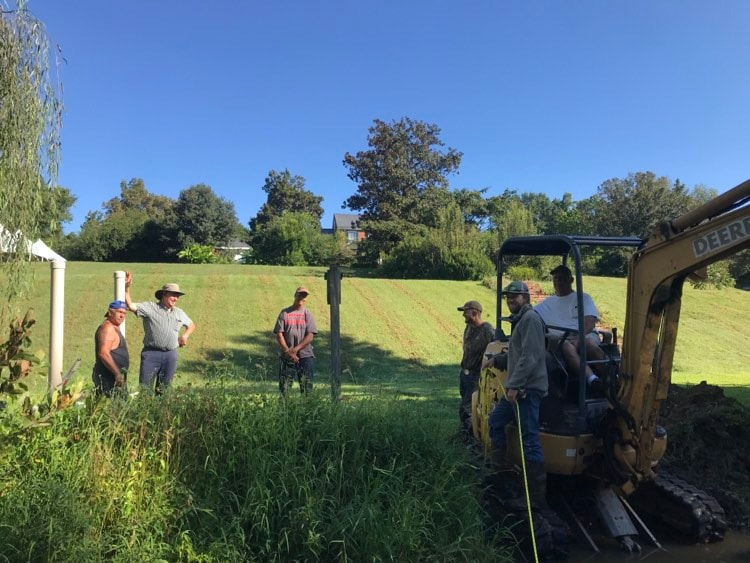 Guinea Mill crew and M.S.W.C.D. crew. Manuel, Keith, Tony, Jessy, Colton and Charles.
While most of the elements of the project were within my skill set, the scale of the project was a bit much for my crew of one.  We were looking at 5000 feet of fencing, nearly 3000 feet of pipes, a complex water system and two troughs.  After consideration I opted for Charles Garrett of Guinea Mill Farm Services, a local farmer and contractor able to handle the SL-6W in its entirety. 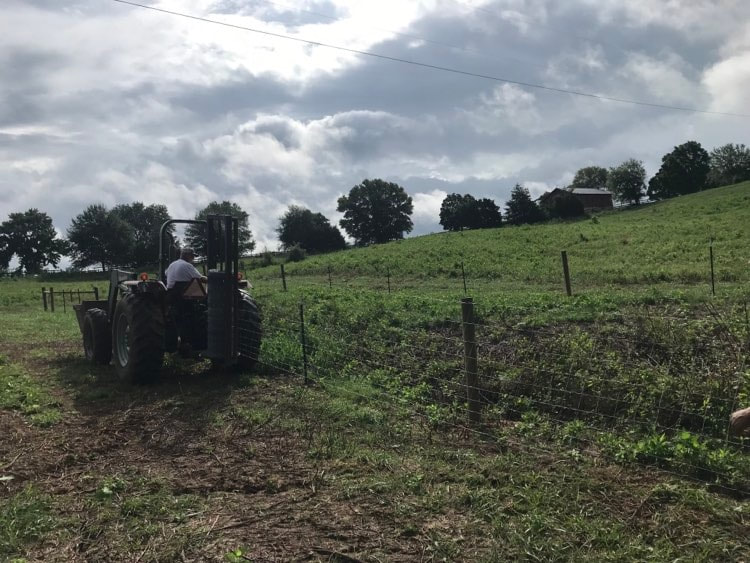 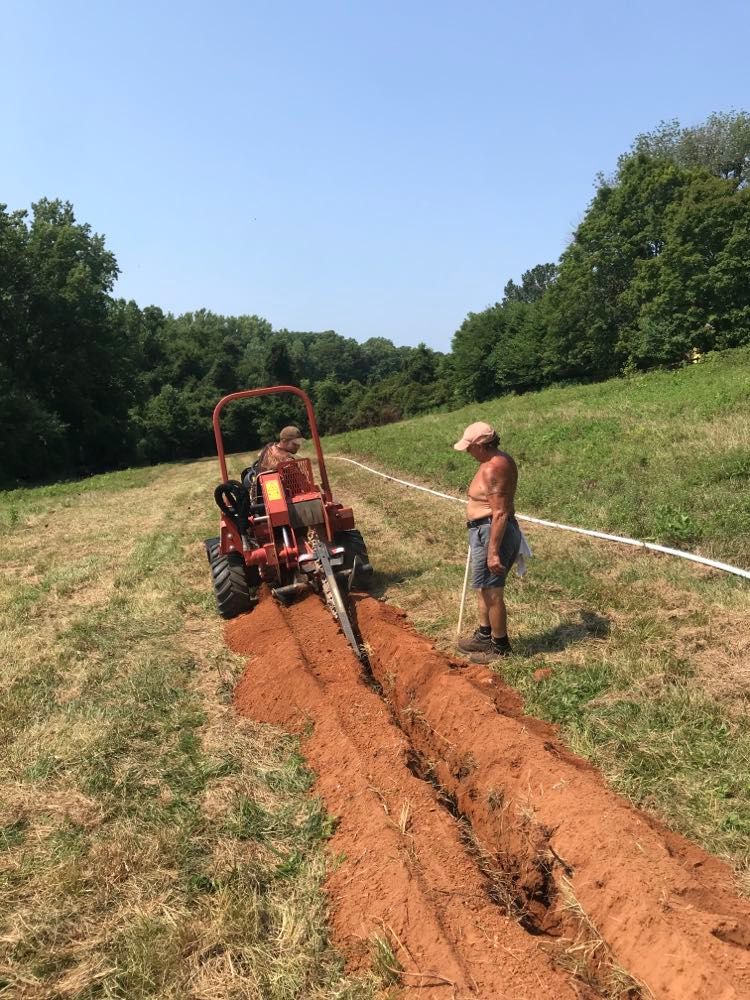 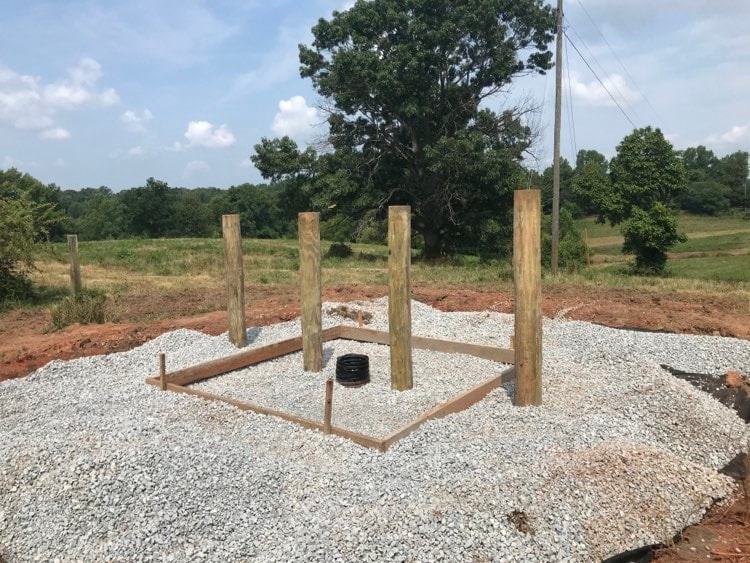 Roughing in the trough base 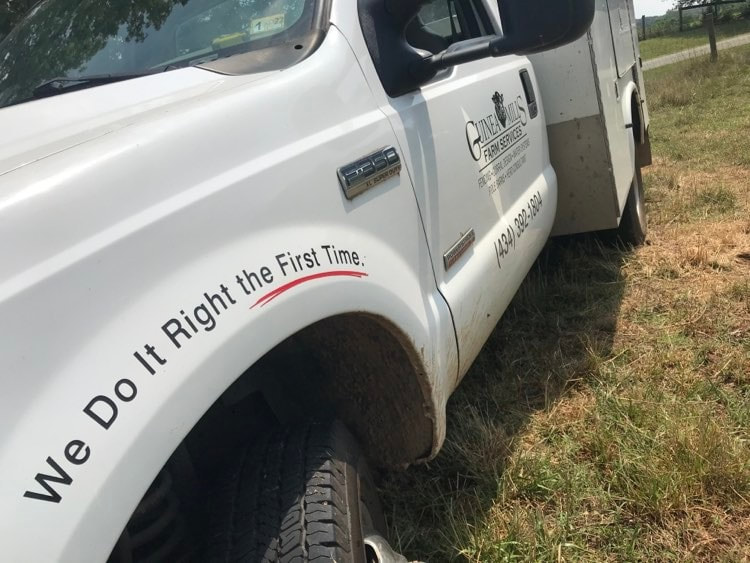 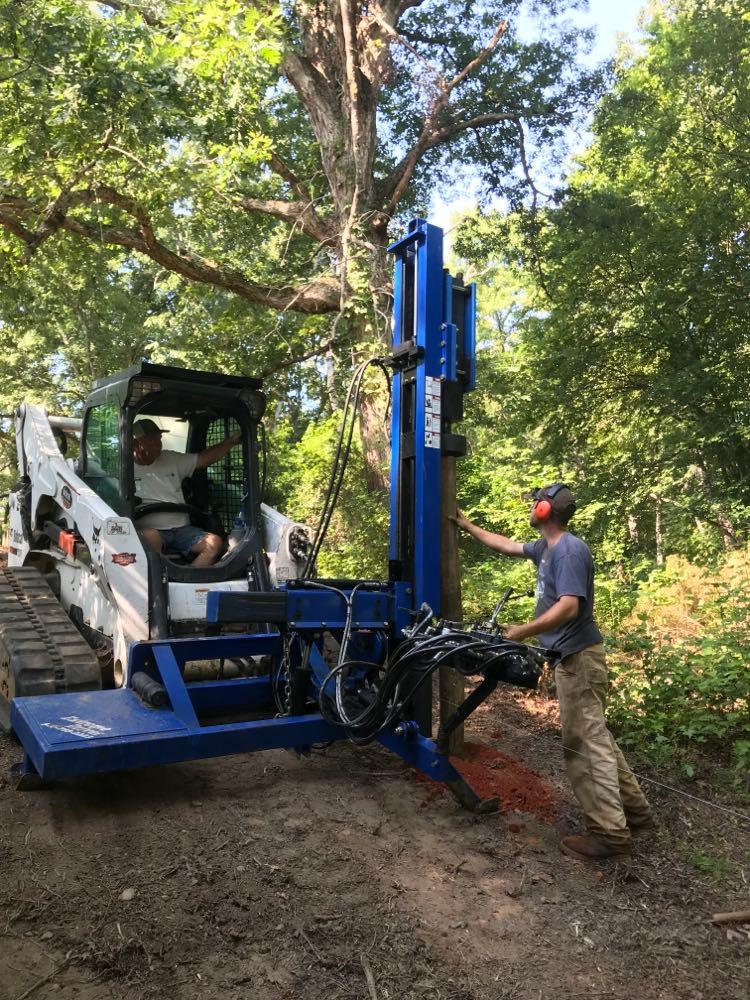 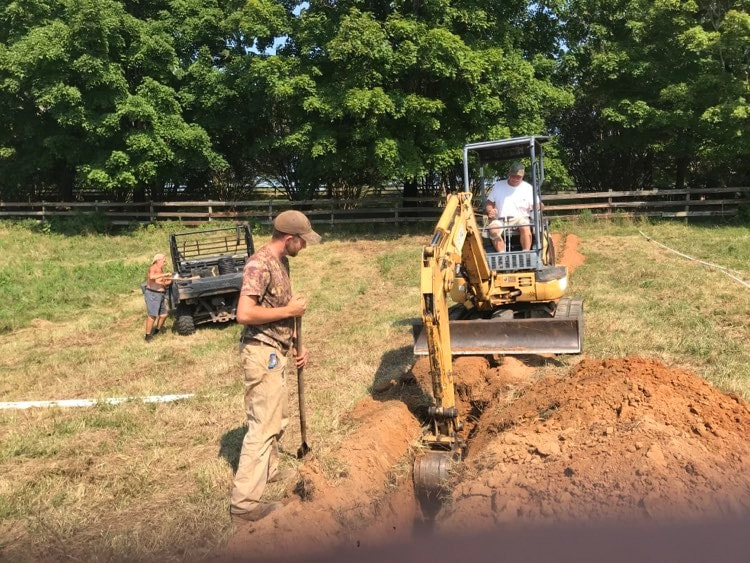 Cutting out a T junction 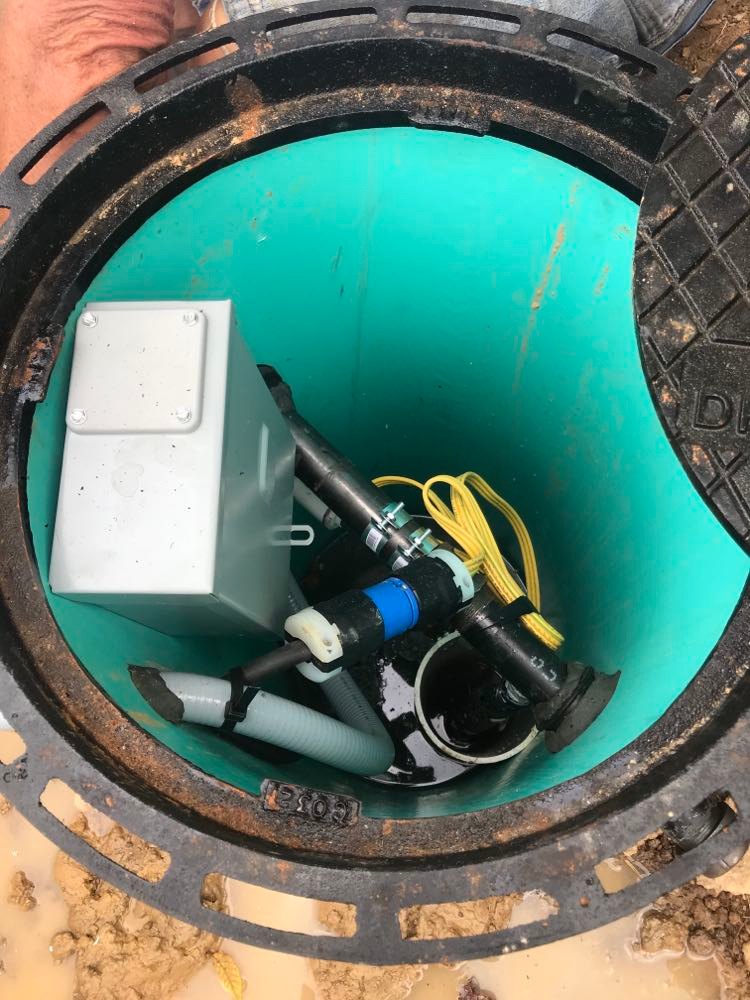 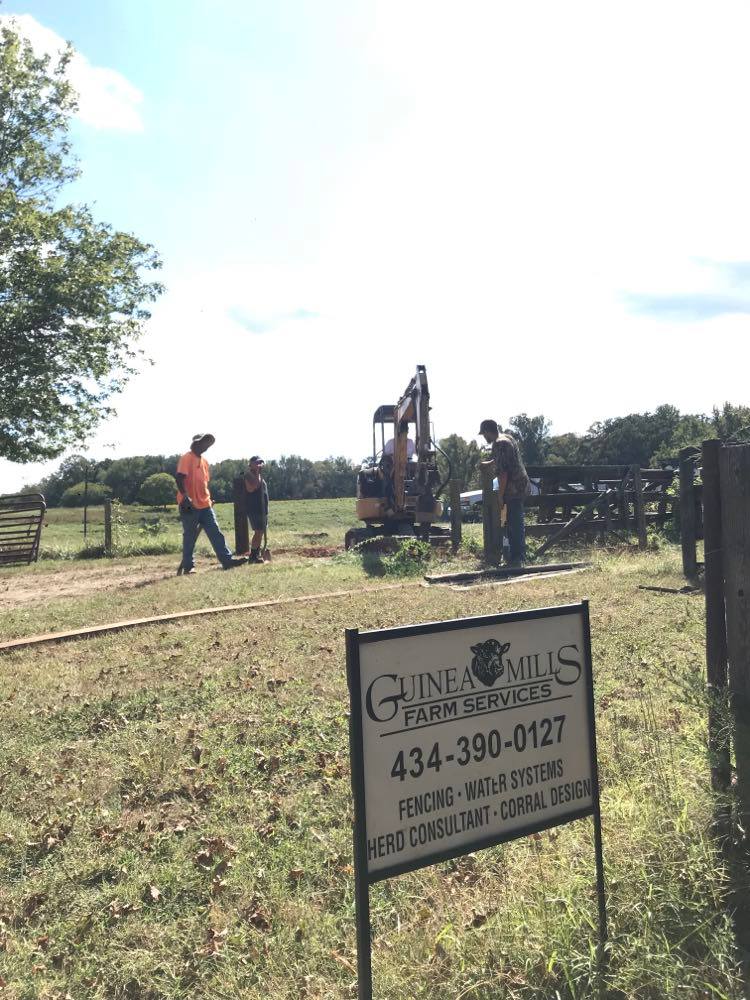 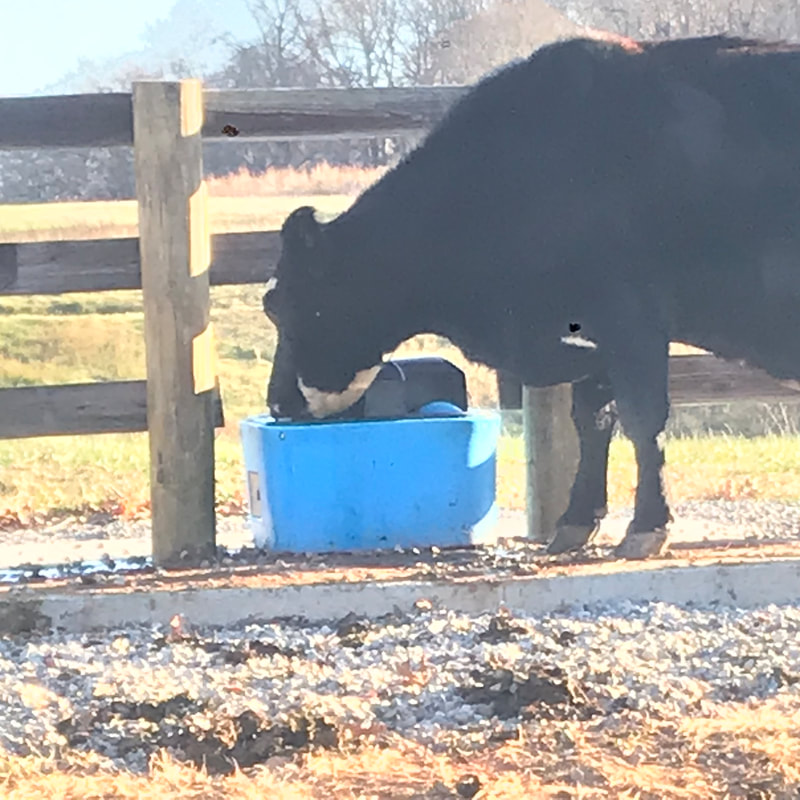 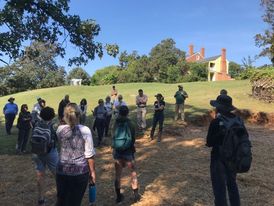 James River Association hosts an educational event.
here in Virginia in 2018 with a focus on helping small farmers.  This was their first foray into supporting a soil and water conservation project and they were a great partner.
Like all farming endeavors, the project took longer than anticipated:  The planning took over a year; the construction about three month.  The weather did not always cooperate, there was a bed rock surprise, equipment broke, and spare parts were not readily available. The supply chain was so disrupted (by the Pandemic) that materials became unavailable and alternate designs had to be imagined.
It all came together beautifully, though, with everything working to Monacan’s specifications. The two main creeks are going to run cleaner, so maybe crayfish will reemerge and flourish. The 6-acre pond will become healthier now that livestock won’t be spending time in its tributaries. And the cows and sheep will have abundant, clean water, which in turn means healthy mamas and stronger calves and lambs.
If you have land that is not yet enrolled in conservation program,  give the MSWCD office a call at 804-556-4936, weekdays, 8:00 am to 4:30 pm. 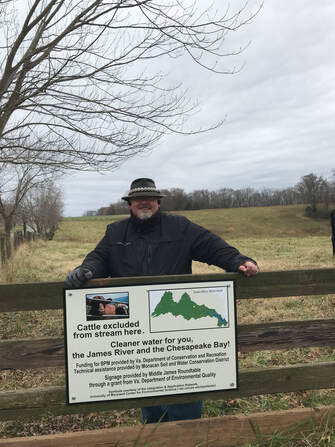 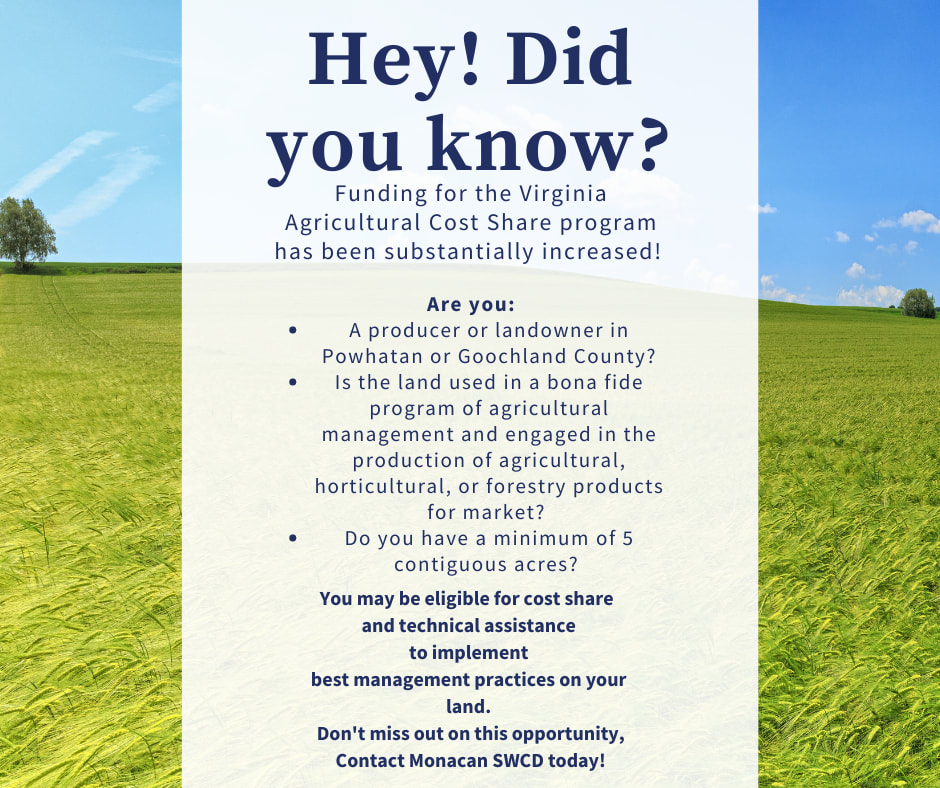 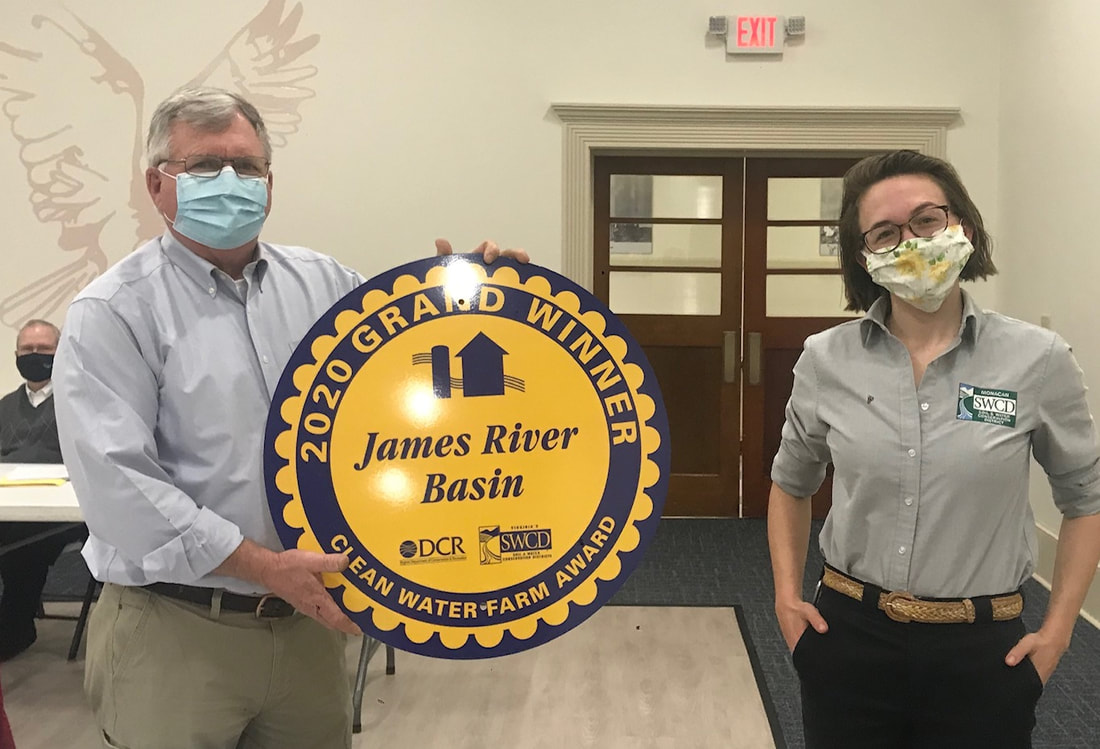 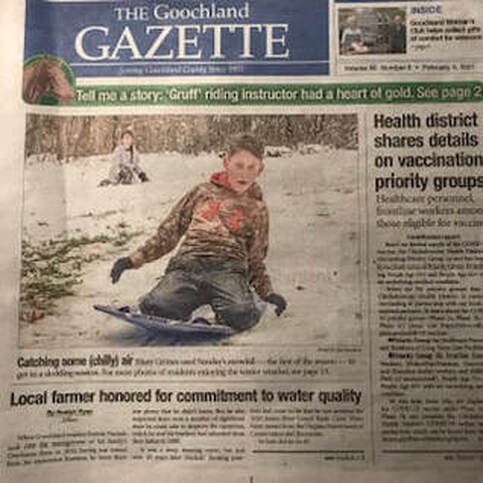